Unless you are living under a rock you are aware:  Times are changing… minute by minute!  Methods we use to react, process, and strategize affect the outcomes of our lives. 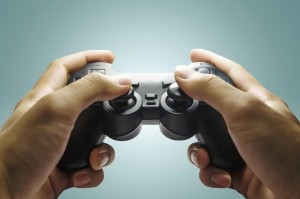 . The processes gamers employ to successfully triumph a challenger may be examples for valuable lessons.

Although ‘gaming’ as an industry has existed for decades, digital applications have revolutionized how our society views gaming.  We can learn valuable lessons from those who ‘play’ in the virtual world.  The processes gamers employ to successfully triumph a challenger may be examples for valuable lessons.

It is common posture that positive thinking creates a healthier path and creates a life that is more easily maneuvered.  Behavioral studies in gaming take this phenomenon even further.  That is, research at University of California finds:  when we play a game, we tackle tough challenges with more creativity, determination, and more optimism.

Jane McGonigal suffered a traumatic brain injury and was advised to avoid anything that triggered symptoms.  This seemed to be everything!  Her response, “In other words, no reason to live.”  At that juncture, she decided to turn her recovery into a game.  While Jane wanted to get better, her goal was to be happier and healthier than she was pre-injury so she named the game SuperBetter.

While the game may seem simple, the results of playing the game are impressive.  A study conducted by the University of Pennsylvania found significant decreases in depression and anxiety symptoms in those who played SuperBetter for 30 days.  Increased optimism, social support, and player’s belief in their ability to succeed and achieve their goals was also found.  SuperBetter has also been found to improve mood, decrease anxiety and suffering, and strengthen family relationships during rehabilitation and recovery through a clinical trial conducted at Ohio State University Wexner Medical Center and Cincinnati Children’s Hospital.

Gamers cultivate a culture of independent learning.  Gamers learn by doing.  They do not read manuals; they plunge into the game excited for the unknown.  Gamers are risk takers, unafraid of failing because they realize through game-playing experiences there is always another way to accomplish the quest or task, and open to trying a different path.

Gamers are entrepreneurial, such as in the game of World of Warcraft.

In this game, you build a weekly calendar, with check-ins, you come up with a system and process to split up the loot, and hope they do not try to kill the boss.  Competition is not the most powerful part of this game, rather, it is all about cooperation.  As cooperation is rewarded, the game creates a sense of community and teamwork where increased efficiencies and efficacy are fostered.

As a result of numerous resilience studies, ways of thinking and/or acting… to enhance our ability to enjoy life and increase our effectiveness in reacting, processing, or strategizing more effectively that gamers employ include:

It takes effort to win the game… but it takes COURAGE to change the game. Michael Jordan

Categories: Blog | Tags: gamers and gaming
This entry was posted on Tuesday, October 13th, 2015 at 3:28 pm. Both comments and pings are currently closed.