Have you ever known a successful athlete or musician?  To witness the commitment, time, and energy one exerts to excel in an environment where practice, practice, and more practice is commonplace is inspiring.  Behaviors that create a rock star can be defined as the epitome of conditioning, that is, a praise or act of accomplishment/winning has the ability to reinforce a behavior of practice. 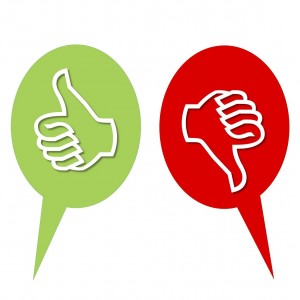 Behaviors that create a rock star can be defined as the epitome of conditioning, that is, a praise or act of accomplishment/winning has the ability to reinforce a behavior of practice.

Whether we are conscious of it or not, many of our life habits are an effect of conditioning.  Conditioning is a theory where the reaction (response) to an object or event (stimulus) by a person or animal can be modified by learning.

The use of reinforcements solidifies learned responses.  The most famous example, of course, is Ivan Pavlov’s dogs who were conditioned to salivate at the sound of a bell.  In this famous experiment, the dogs associate the sound of the bell with food, eliciting saliva when the bell rang, even in the absence of the food.  It was actually Edward L. Thorndike who pioneered the theory of stimulus response and learning, that is, conditioning.  B.F. Skinner evolved Pavlov’s theory, as did Erickson, and we continue to rely on their theories today.  Two disciplines of conditioning exist in the world of psychology,classical (Pavlov) and operant (Skinner). To interpret this in lay terms:  Consistency of outcome in experiences shapes behavior.

Positive reinforcement   This reaction provides something pleasant after a behavior.  This increases the probability that the behavior will continue. Examples are:

Negative reinforcement   This reaction takes away something unpleasant as a result of the behavior that is acceptable.  This is also proven to increase the behavior.  Examples are:

There are endless practical implications for the theory of conditioning, both to improve us personally and for those we influence.  When we understand that we possess the ability to shape behaviors, the world is a more manageable place.

“You can pretend anything and master it.”  Milton H. Erickson, MD