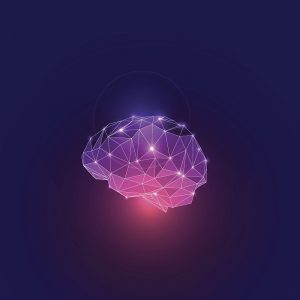 There are a lot of things in play when you make choices.

The right choice is not always the easy choice.   The dilemma of choice is one we all face more often than what is immediately top-of-mind.   We may believe our moral compass drives the angst for doing the right thing, but often, psychology centered in our ego is to blame. No wonder making the “right” choice is so daunting when our brain can make it hard for us!

Dr. Muel Kaptein, Professor of Business Ethics and Integrity Management at the Rotterdam School of Management, has studied behavior for decades. In a recently published study, Kaptein proposes some potential psychological tendencies which can help us understand influences that might affect the choices we make.

The compensation effect. The compensation effect refers to the tendency for people to assume they accumulate moral capital. This means that if we continuously do good deeds, it is fine to do a bad deed every now and again because we have accumulated enough ‘good’ to slip a little bit. A great example of this is a study in which people were observed lying and cheating more often after they made the decision to purchase environmentally beneficial products. When one generally takes “good” actions, they consider themselves good people and therefore find it excusable to do things that might not be so “good” every once in a while.
Cognitive dissonance. Cognitive dissonance occurs when one’s behavior is inconsistent with their beliefs. It is one of the strongest psychological forces driving human behavior. Someone who believes they are inherently a good person might do a bad thing but convince themselves it was not bad. This occurs because the person aims to avoid cognitive dissonance associated with the inconsistency between their beliefs and actions.
The Pygmalion effect. The Pygmalion effect refers to the tendency in which people act based on the way they are treated. An example is the way managers treat their employees. When managers treat employees like they are upright and well-respected members of a team, the employees are more likely to act accordingly. Alternately, if they’re treated with suspicion, they’re more likely to act in a way that justifies that perception.
The pressure to conform.  Humans possess an innate desire to conform and fit in with those around us. This desire is powerful. If an entire group is participating in unethical behavior, individuals are far more likely to participate in or condone that behavior rather than risk standing out.
The power of names. There is a lot of meaning in a name. For example, if a company calls a serious offense by a name that does not relay how serious it may be, employees are less likely to think of it as bad (like using “financial engineering” for accounting fraud). If something is unethical or wrong, it needs to be labeled as such.
Tunnel vision. Goal setting and striving to achieve are a normal part of being human. In fact, these behaviors are imperative for success. However, when we become fixated on one goal and will do anything (seriously anything) to reach it, this is when we may start to make bad choices. It can get to the point where important considerations such as compassion and ethics are left out of the decision-making process.
Obedience to authority. We generally tend to listen to the commands of those in positions of authority, whether it be a boss, parent, or professor. There is less responsibility to take for wrongdoings when one is under the direction of someone else. Far less guilt is felt than if they had decided to do it themselves. One of the most famous instances of this is the Milgram study, where humans were told by an authority figure that they had to deliver a shock to another person, and many did it simply because someone in a position above them told them to do so.
Social bond theory.  People are much more likely to be loyal to those who make them feel unique, valued, and important. When we feel valued and appreciated it makes us much more open to doing nice things for someone. On the other hand, the more one feels replaceable and underappreciated, the more likely they are to commit ethical violations.
Reactance theory. People want to enjoy freedom of choice. If they feel the rules imposed on them are too restrictive, it only makes them want to break them more. There must be some freedom to let people do as they choose, otherwise they will feel constricted and want to break out of this state. Research with children shows that the stricter rules a parent sets on the child, the more likely the children are to become delinquents.
While we cannot always blame psychology for our wrongs, it is good to be conscious of these psychological tendencies that have an effect on our moral compasses. When we are consciously aware of these forces, we are able to see through them and do the right thing as much as we can.
“It isn’t what we say or think that defines us, but what we do.”
– Jane Austen
Categories: Perspectives | Tags: choice, mind illusions, and perception
This entry was posted on Tuesday, February 7th, 2017 at 10:49 pm. Both comments and pings are currently closed.