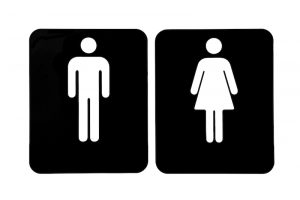 Why do men and women tend to act differently?

Ever disagree with your significant other subsequent to the exact same experience?  Mysteries of gender difference continue to perplex even the most astute behavior experts.  Mars and Venus, yes, gender wiring is unique!

This difference in processing, perceiving, and thinking is physiologically real.  A biological difference in the brains of males and females cause us to perceive – that is, observe, recognize, feel, and distinguish – life’s experiences using distinctly different methods.

According to Dr. Gregory L. Jantz, a mental health expert and best-selling author, there are four primary ways male and female brains are distinguished from one another: processing, chemistry, structure, and activity:
Processing: Male brains utilize nearly seven times more gray matter for activity while female brains utilize nearly ten times more white matter. What does this mean?  Gray matter areas of the brain are localized. They are information and action-processing centers in specific splotches in a specific area of the brain. This can translate to a kind of tunnel vision when they are doing something. Once they are deeply engaged in a task, they may not demonstrate much sensitivity to other people or their surroundings.  White matter is the networking grid that connects the brain’s gray matter and other processing centers with one another. This profound brain-processing difference is probably one reason you may have noticed that girls tend to more quickly transition between tasks than boys do. The gray-white matter difference may explain why, in adulthood, females are great multi-taskers, while men excel in highly task-focused projects.
Chemistry: Male and female brains process the same neurochemicals, but to different degrees and through gender-specific body-brain connections. Some dominant neurochemicals include serotonin, which, among other things, helps us sit still; testosterone, our sex and aggression chemical; estrogen, a female growth and reproductive chemical; and oxytocin, a bonding-relationship chemical. Because of differences in processing these chemicals, males on average tend to be less inclined to sit still for as long as females, and tend to be more physically impulsive and aggressive. Additionally, males process less of the bonding chemical oxytocin than females. Overall, a major takeaway of chemistry differences is to realize that different strategies for stress relief can be better for men than women and vice versa.
Structural Differences: “Structural” refers to physical parts of the brain and the way they are built, including their size and/or mass. Females often have a larger hippocampus, our human memory center. Females also often have a higher density of neural connections into the hippocampus. As a result, girls and women tend to input or absorb more sensorial and emotive information than males do. “Sensorial” information is taken in from all five senses. If you observe women and men, you will find that females tend to sense a lot more of what is going on around them throughout the day, and they retain that sensorial information more than men. Additionally, before boys or girls are born, their brains develop with different hemispheric divisions, meaning the right and left hemispheres of the male and female brains are not set up exactly the same way. For instance, females tend to have verbal centers on both sides of the brain, while males tend to have verbal centers on only the left hemisphere. Therefore, women tend to use more words when discussing or describing incidence, story, person, object, feeling, or place. Males not only have fewer verbal centers in general but also, often, have less connectivity between their word centers and their memories or feelings. When it comes to discussing feelings, emotions, and senses together, girls tend to have an advantage, and they tend to have more interest in talking about these things.
Activity [and Blood Flow]: The female brain, in part thanks to far more natural blood flow throughout the brain at any given moment (more white matter processing), and because of a higher degree of blood flow in a concentration part of the brain called the cingulate gyrus, will often ruminate on and revisit emotional memories more than the male brain. Males, in general, are designed a bit differently. Males tend, after reflecting more briefly on an emotive memory, to analyze it somewhat, then move onto the next task. During this process, they may also choose to change course and do something active and unrelated to feelings rather than analyze their feelings at all. Thus, observers may mistakenly believe that boys
avoid feelings in comparison to girls or move to problem-solving too quickly.
“Don’t forget a person’s greatest emotional need is to feel appreciated!”
– H. Jackson Brown
Categories: Perspectives | Tags: brain chemistry, female, gender, and male
This entry was posted on Tuesday, March 21st, 2017 at 10:06 pm. Both comments and pings are currently closed.