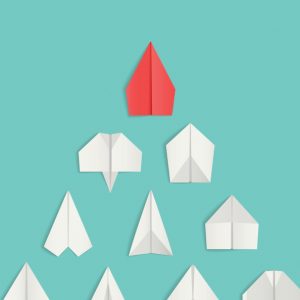 Embrace what is unique about you!

How often do we make decisions based on what others might think?  This behavior is often unconscious and it is typical of human beings to seek acceptance and the approval of others.

That said, the most intriguing people are often outside of the norm.  Our last name need not be Kardashian or Trump to stand out from the crowd.  Luckily, a majority of us innately possess a unique or weird quality.  Understand that this exclusive or weird quality requires insight and reflection.

There are many theories on what makes some people more interesting than others. According to Vanessa Van Edwards, as published in the Science of People, interest equates to lazy.  The Lazy Law states: the lazier you are, the less interesting you will be.  The less lazy you are, the more interesting you will be.
Whatever theory of weirdness you follow, embrace those things that make you unique.
Know that you already are unique. The fact of the matter is that we humans are pretty similar. Very few of us are true outliers. We all eat, and feel the same spectrum of emotion. However — we, as individuals, are unique. Not one of us is the same as anyone else because we are a combination of experiences, personality, and outlook that no one else has ever had or ever will have. If you want to be unique, congratulations. You already are.
Do not pursue “normal” or “trendy.” The natural human inclination is to fit in. Ever heard of the Asch conformity experiments? They sit this one poor bloke down in a room where everyone else is in on the joke. Then they hold up two lines: one’s the size of, say, your finger; the other is around the size of a ruler. Everyone’s asked which one is longer, those in on the joke say, “the finger-sized line, obviously.” What does the uninformed soul do? He agrees. He knows it’s wrong but he conforms anyway. It’s human nature. That was a long-winded way of saying you’re going to want to be like everyone else and that’s fine. That’s the way we’re wired.  When we’re like everyone else, it’s safe… easier… it’s fine to go along with the group, but make sure it’s the wisest decision.
Do not pursue “abnormal” either. Pursuing any label, including unique, is fruitless. That’s an egotistical drive to be different, to be better, really. There are a billion other people on this earth that are aiming for abnormal, too. Instead of sealing your fate like that of a hipster (what started off as anti-mainstream slowly became the norm), just aim for you. Whatever it is, it’s good and true. It’s easier to pursue no labels when we realize they don’t exist. A quick trip to a foreign country will prove this in the first three seconds off the plane. Visit another culture vastly different from ours and see what they deem normal. Or just think about it right now. Odds are we can easily come up with a handful of things that would be “abnormal” in our society that are totally acceptable in theirs.
Be independent. This one is hard — as a human (and especially in today’s society), we naturally thrive in a group. But to the extent that it’s possible in our own lives, see that we can live without plenty of things.  For starters, that means no addictive habits. That just takes away from you, controls your urges and controls your emotions.  Easy steps to take are throwing out fashion magazines, not doing things just because your friends want to do them, and finding your own opinions on hot topics instead of relying on the news or your circle to form them for you.
Fight insecurities. Another unfortunate aspect of being human is that at some point in our childhood we become aware of others’ judgment.  We… develop insecurities and they [consume us]. We become afraid of people and their words. Think about how silly that sounds! Our insecurities force us to play games. Instead of asking that boy or girl if they like us, we end up hinting, teasing, dancing around the topic and driving ourselves crazy. We’re afraid of what they might say. If we just ask… everything would be simpler and we would probably be happier.  The next time…  you don’t do something because of the presence of someone else, ask yourself why? Do you have a valid, rational reason?  Or is insecurity keeping you from being you?
Be aware of your own emotions. The keyword here is “your own.”  Okay, two keywords. Try not to be influenced by other people’s emotions; spending too much time thinking about other people’s thoughts can lead you away from your own. Most emotions are contagious — how do you actually feel? Sometimes being around certain people turns us into someone else. Sometimes that’s good and sometimes [not].  What environments do you find yourself not listening to your own emotions? Pinpoint those.  [Awareness will allow]…  you to do something about it.
“I always find beauty in things that are odd and imperfect – they are much more interesting.”
-Marc Jacobs
Categories: Perspectives | Tags: embrace, unique, and weirdness
This entry was posted on Friday, December 16th, 2016 at 5:37 pm. Both comments and pings are currently closed.