Power of an Underdog

Depending on where your interests lie, you may favor an underdog or support the successes of a consistent champion. With March Madness well underway underdogs seem to be rising to the occasion. Whether basketball or in another facet of life, the underdog resonates. 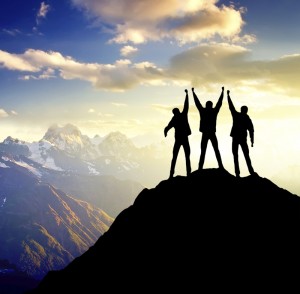 Our nation was founded by underdogs. We were certainly not the favored victor years ago in the Revolutionary War. Without the wherewithal of our underdog forefathers, who knows how our country might exist today.

What makes an underdog so appealing?

Human beings are wired to be fair. Some researchers believe this tendency can be attributed to deeply held beliefs around justice: fairness is one of the most frequently endorsed character strengths worldwide. By definition, the underdog does not fare as well as the top dog thus it is [natural] for a fan… to root for an underdog… so they too… have a chance to make the limelight.

As empathy toward the effort (and often significant struggle) to succeed is a common human trait, we all feel charged when someone surpasses an obstacle and ultimately accomplishes a goal. We all experience competitive feelings of vulnerability or being less qualified at some point in life. These feelings of inadequacy and an ability to garner the courage to overcome them is the basis for the appeal of an underdog. Researchers believe that when a supported underdog is victorious, it may help us recover from a personal emotional wound reinforcing the propensity to support the less admired.

We live in a world where the playing field is not so equal. Whether vulnerabilities lie within socio-economics, education, talent, or physical strength, underdogs yield the limelight at least some of the time. Is it effort, persistence, practice, determination, timing, luck, or attitude? Yes!

Let us learn from those who give us goose bumps when that final point is scored, paint an unimaginable picture where you feel the temperature, or expand the perceptions of boundaries to realize their full potential. In life when the decision between persevering and throwing in the towel is as simple as just deciding to stop, know that life is what you create it to be. If you do not aspire to rise above and do the impossible, that is fine, but know that rooting for the underdog empowers us to work a bit harder and be a bit more hopeful than we were yesterday.

Categories: Market Research | Tags: underdog
This entry was posted on Thursday, March 26th, 2015 at 1:59 pm. Both comments and pings are currently closed.