Historically Super Bowl is the most watched television program of the entire year. As many of us anxiously watch the Seattle Seahawks and the Denver Broncos go head-to-head for Super Bowl Championship, others will be watching for the sheer entertainment of the $3.7 million per 30-second spot advertisements.

To check out who we will see in the upcoming 2014 Super Bowl spots check out this link.

A recent study, Creating the Perfect Super Bowl Ad, Harvard Business School, finds too much entertainment can actually reduce persuasive influence of an advertisement. Consumers are more likely to buy a product when there is a balance between promotion and engagement.

With the cost of exposures, Super Bowl spots notwithstanding, the ability to maximize persuasiveness and effectiveness of advertising is critical.

Market researchers utilize various methodologies to inform communications’ effectiveness, with the coolest and most efficient method being Ad Labs. Basically, mock commercials in the form of storyboards, concepts, or animatics are presented to the target audience who interpret and evaluate using iPads or keypads. The concepts evolve by session with the help of onboard creatives, so the degree to which they ultimately resonate with the target audience is strongest. This method can provide essential data during the message development cycle, as well as creative imagery communication and refinement. Through the Ad Lab process, clients view target audience responses real time and experience how their messages resonate with their target audience.

A challenge for you: while partaking in Super Bowl festivities, put on a market researcher helmet. Pay close attention to the ads! We will later ask you to evaluate how well the ads entertain, engage, and importantly moved the needle on your perception of that product or brand. Did they achieve a balance of entertainment and engagement, and how effective were they in influencing your perceptions?

Be on the lookout for an e-mail link to our Super Bowl Ad Survey to win a Starbucks gift card! 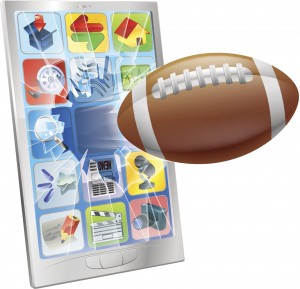