Is there a difference? As a guilty member, I ponder how this mania is affecting our lives, and specifically our relationships?

Observation Baltimore researchers have reviewed recent data findings, and importantly, provide recommendations that may prove helpful even for those of us who would rather remain in denial.

Our obsession may soon be labeled a clinical addiction: The academic community is investigating creation of a DSM (Diagnostic and Statistical Manual of Mental Disorders) tool to diagnose electronic addition.

If you are among the over-wired, consider the following tips to try and wean yourself off of your handhelds:

Although written somewhat in jest, please be careful not to allow technology to replace people in your life: Loneliness is an increasingly common by-product of an over-reliance on technology, which in itself is used as a remedy for the problem it created. (Erupting Mind) 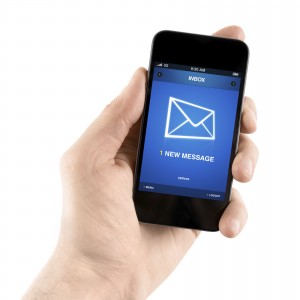 Categories: Market Research | Tags: over-wired and phone addiction
This entry was posted on Tuesday, April 15th, 2014 at 8:16 pm. Both comments and pings are currently closed.